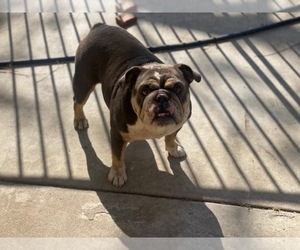 Vaca is a 4 year old female purebred AKC registered English bulldog and she is up for adoption to a wonderful loving home with no other female dogs. Will do great with children but doesn't like to share space with other female dogs. Gets anxious with other dogs around. Otherwise, She is a sweetheart and very lovable. Listens very well, already potty trained to go outdoors and crate trained. Vaccines are up to date and is spayed. 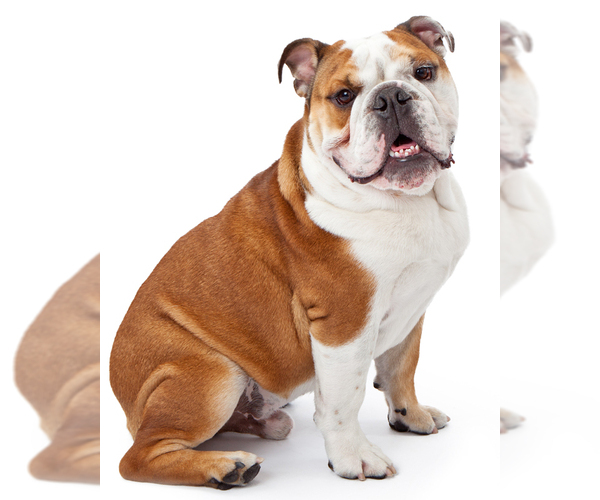 Named for its use in the sport of bull baiting, the English bulldog seems to have originated in the British Isles sometime prior to the 13th century. One of the few references to the sport dates back to 1209, and talks about a butcher's dogs that chased a bull through the English town of Stamford. This pursuit so pleased the earl of the town that he inaugurated bull baiting as a sport in his domain. Today, the English bulldog makes a fine family pet. The AKC recognizes the breed simply as the bulldog. 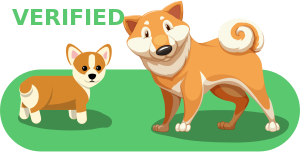 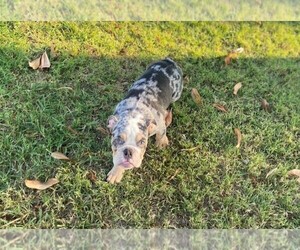 Forest is 4 months old and ready to be adopted by a loving family who will care for him. Forest was born with a small trachea and has a permanent cough. Other than that Forest... 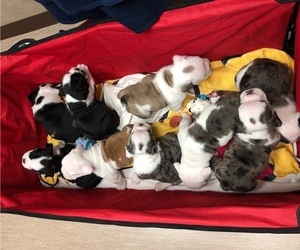 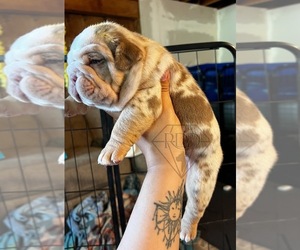 This amazing guy is looking for his furever home! Choc Merle tri, can carry blue and pie. 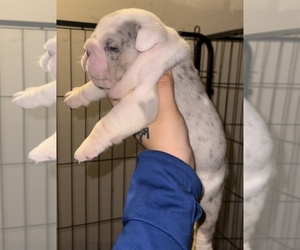 Amazing blue Merle tri baby boy! He Carries chocolate. Message me for this guy before he gets claimed!! 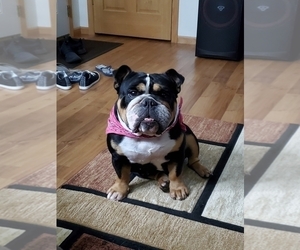 Rexy is a 4 year old female English bulldog, about 50 pounds. Very athletic for a bulldog. She is well behaved and very smart. House trained. No accidents. Never crated. She does...

Vaca is a 4 year old female purebred AKC registered English bulldog and she is up for adoption to a wonderful loving home with no other female dogs. Will do great with children... 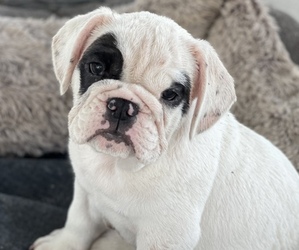 -5 Females, all up to date on vaccines, dewormed, microchip and health certificates. Pee pad trained and potty training. Beautiful colors, so sweet, great with kids and other... 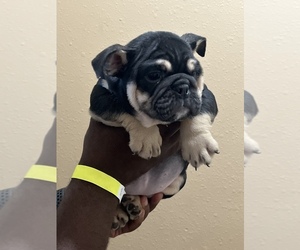 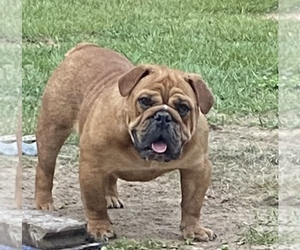 Hoss is a year old Red Sable Triple Carrier that is AKC Registered. He&amp;amp;rsquo;s looking for a great loving home. Up to date on all required vaccinations. He very loving... 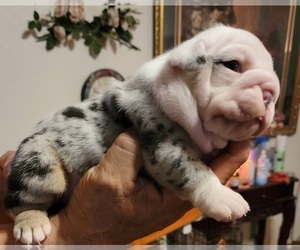 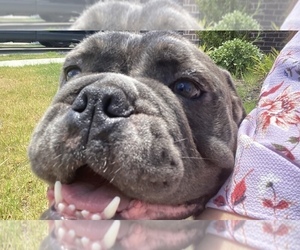 Text 469.833.5229 Cookie is the cutest little thing you have ever seen!!!! Small and short. She is NOT SPAYED, and has never been bred. Full AKC Registration. Completely...